KwaZulu-Natal aggregate producer Flanders Quarry has expanded its operations and fleet of Pilot Crushtec International equipment with the opening of an additional site at Verulam on the north coast.

The new operation, known as Flanders Canelands, is already under way with the current establishment of a new quarry and the successful supply of a significant amount of aggregate for use in the construction of the new Cornubia Industrial Development, the Umhlanga Interchange and other local developments.

The new arrival will augment the company’s existing RM 80GO! (which has worked at its Mount Edgecombe quarry since late 2013) as well as other crushing and screening equipment. 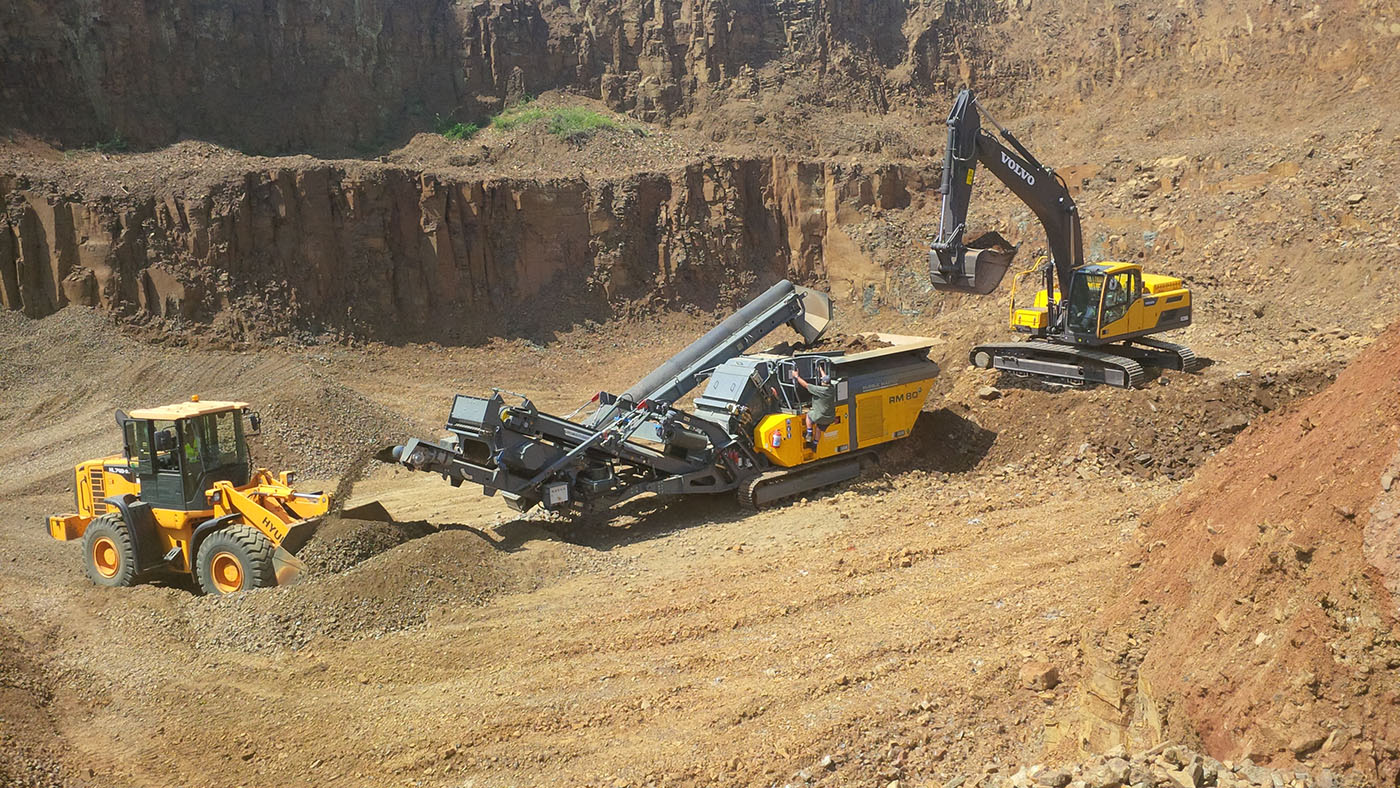 Pilot Crushtec International CEO Sandro Scherf explains that the delivery and commissioning process was successfully completed within a three-day period in order to meet construction deadlines. The machine is already performing at close to design capacity.

“The RM 80GO! is working as the primary crusher on site and is processing decomposed dolerite from a feed size of 500mm. It is producing quality Colto G5 and G6 material at a rate of up to 160 tonnes an hour without issues and has already produced more than 4,000 tonnes of product for use as back fill and sub-base for these projects, including potentially new products for the interchange,” he says.

Flanders Quarry managing director Karl Stott explains that a second Rubble Master was the logical choice as a mainstay for the new venture.

“It makes sense to stick with tried and tested equipment. We understand the machine, we know how it operates and experience has shown that we can rely on Pilot Crushtec International’s service and technical back up. Our operators are familiar with the machine, like it, and so there is no need to spend valuable time in retraining.”

Stott affirms that one of the major attractions of the RM 80GO! is the compactness of its design which supersedes the traditional jaw crusher-cone crusher-screen production train. Functions are accommodated within one single unit, a significant space saving advantage for operators working within the close confines of a start up quarrying operation.

“The relatively small size of the Rubble Master, aided by its remote control system, make it an exceptional product when used in the confined spaces of a new quarry. By the same token it can also be easily transported to alternative sites.”

Flanders Quarry was also influenced by the product’s ability to fulfil a varied number of applications and Stott is keen to investigate opportunities concerning the commercial recycling of construction materials.

“The recycling culture is something new to the local market, however, we believe that this is definitely an area of opportunity for both of our operations. We are looking at recycling opportunities which could either involve transporting recyclable material to the quarries or alternatively processing the waste at source. This is a definite option given the ease with which the Rubble Master can be transported by road.”