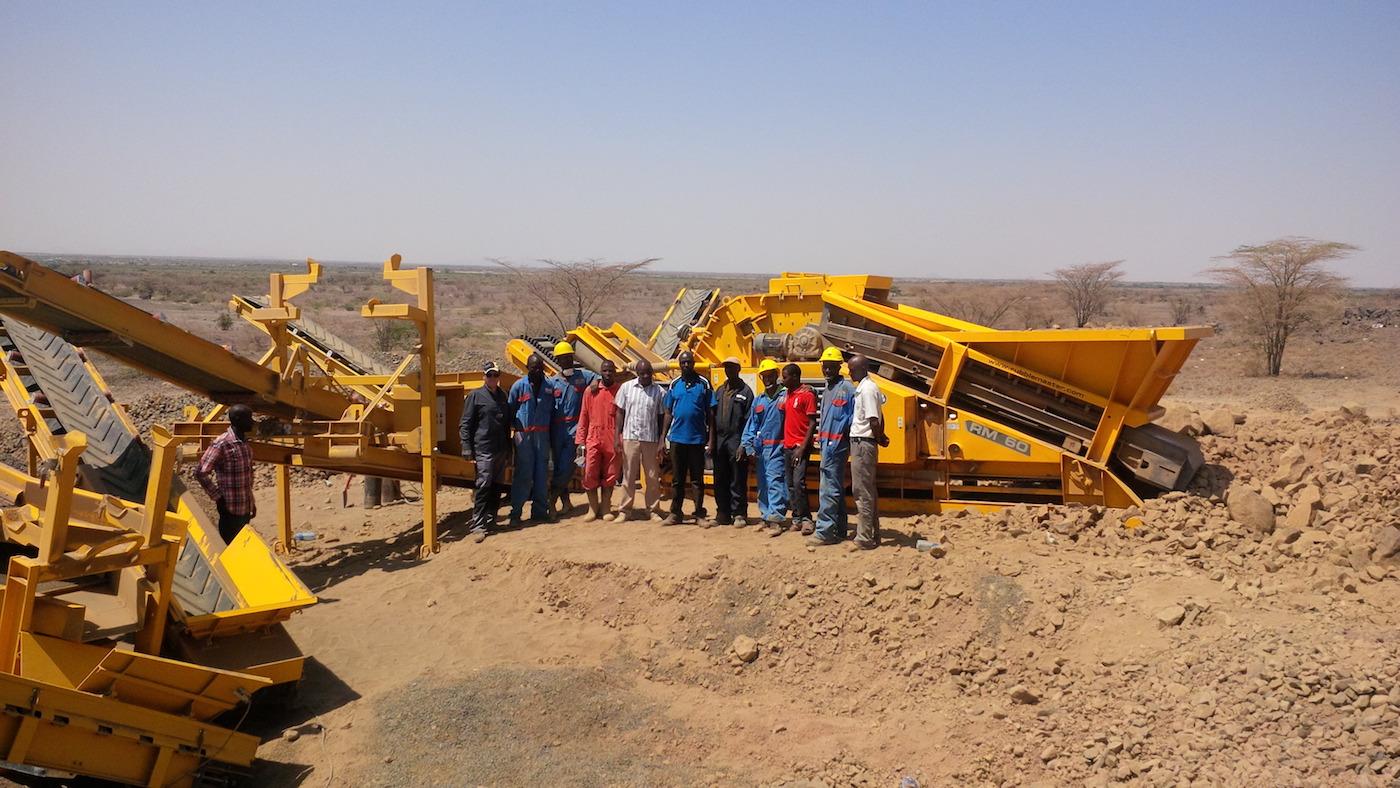 The first RM mobile crusher in the local market of Kenya was sold to a construction company situated in Nairobi whose main business is road construction in the Northern districts of the country. Previously they purchased the aggregates which they need for their business. As a result, the company faced high supply costs.

When Mohamed Adam, the company owner, saw the RM60 performing for the first time, he soon knew that this was the right machine for him. No longer would he need to buy aggregates, he could produce them on his own instead.

Shortly afterwards he was the owner of a new RM60 with its two semi-mobile double screens, which is now operating on site at Lodwar. This is where the RM60 crushes local, round basalt from a nearby hill. Material with a feed size up to 300 mm is now turned into the required end product of 0-5, 5-10, 10-20 and 20-40mm. Everything over 40mm is returned into the feed hopper by a recirculation conveyor.

The first results and the fact that the investment for the crusher will be amortized within less than a year convinced Mohamed Adam to invest in a second machine immediately. This new machine now operates successfully and reliably in Mandera, Kenya.